LEADING IN:  The Panthers and Eagles met in the 1992 classic with playoff position again on their minds—that, and beating their archrival, of which Flag High had won the three previous encounters.  The Eagles came in at 8-0-1 and smelled another division title, while Coconino (7-2) was in solid shape as well.  Flagstaff senior tailback Caesar Polk, who had annihilated the Panthers in ’91 with an incredible 260 yards and six touchdowns, was again the focus of the game, would he be able to duplicate his breathtaking performance, or would the Panthers find a way to keep him in check (in much the same way the ’85 Panthers had to contain the great David Winsley after the RB toasted them for 175 yards in ’84)?

THE GAME:  This time, no, the Panthers again could not slow down Polk, as he amassed 206 yards on 28 carries and scored twice, once on the ground and once by reception.  They did, however, keep the scoring under control, and unlike the rout the previous year, this game turned into a classic Flag High-Coconino defensive war.  Two big plays for each team—the long touchdowns by Polk, along with Sammy Cockerel throwing two scores to Mark Young for Coconino—were it for the offense tonight.  The game, however, came down to special teams, as the teams combined to miss three extra points; Eagle kicker Nick Petrucci not only missed two PAT’s himself, but also missed a 32-yard field goal attempt midway through the fourth quarter that could have given his team the win. 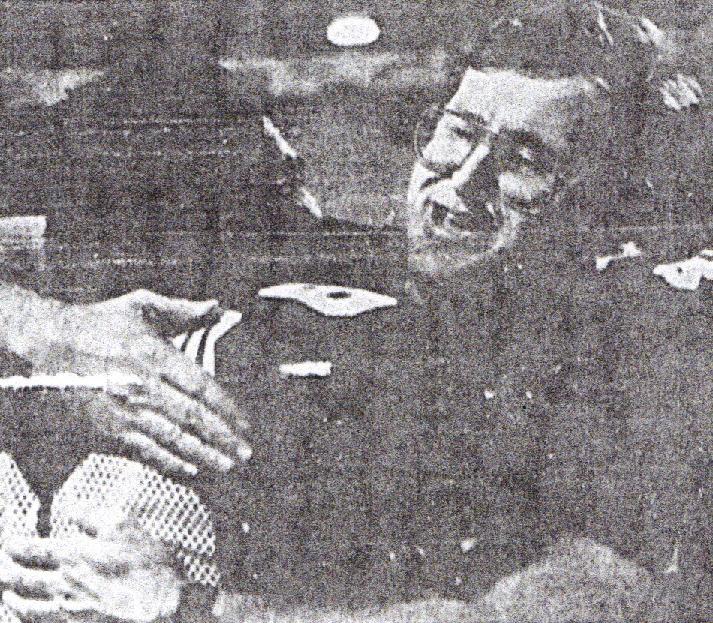 AT THE END OF THE DAY:  The 8-2 Panthers finished the season ranked #9 in the 4A polls, only to suffer another one-and-done postseason, this time losing to Flowing Wells, 38-15.  The real story, though, was at Flag High; although they ended up winning the Grand Canyon Conference title with their 8-1-1 record, the Eagles were forced by the Arizona Interscholastic Association to forfeit their eight wins and tie, as well as vacate their conference championship and playoff position; Flag High administrators neglected to properly check senior Matthew Penland’s records, thus they went the entire season with an ineligible player.  As is usually the case, the students had to suffer for the adults’ mistake, and though Flag High principal Benny Bishop stood up and accepted blame for the matter, the damage was done, the AIA took action, and the team, for all their hard work and excellence on the field, had to stay home.  The only game that was apparently not affected by the incident was their one loss, that to their archrival, Coconino.

Original story by Mike Fazioli in the Daily Sun;