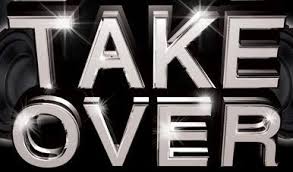 THE PREMISE:  There are thousands of Flagstaff transplants living in the Valley of the Sun.  If ever they were to become organized and motivated, they could take over a Phoenix high school.  I've been to enough high school sports events in Phoenix to know that unless that school as a star player or the team is a contender for a championship, school spirit in this city is rather meh.  Too many times, when the Eagles and Panthers come down the mountain to play, the visitors' side is bare except for a few die-hard parents.

Flagcoco wants to see if we can change that paradigm, at least for a few games a year.

THE PLAN:  At least twice a year, depending on when the various Flag High and Coconino teams play in the Phoenix area, Flagcoco will organize a "takeover".  That is, we will plan to meet at a given site for a particular game.  We will root for the teams from our public high schools.  We will be vocal without being annoying, we will root ferociously for our own without disparaging the opponent (seeing as how we're taking over the opponent's home field or court for the night, we can be boisterous guests without losing control), and we will represent Flagstaff at its very best.  All Flagstaffites are welcome.  Often, to show solidarity, the takeover will seek for us all to wear one of our teams' colors; no one will think the worst of you, however, if you're an alum from one school, want to attend, but refuse to wear the colors of the other school.  The fact that you showed up to represent the city you grew up in, whether 20 or 2000 show up, would mean the world to the players and coaches.

Flagcoco will be posting information for these events on its website and on Facebook and Twitter.  If you're already part of the Flagcoco Family, odds are you'll see the bulletins in your everyday news feeds.

WHY WOULD YOU WANT TO GO TO A TAKEOVER?  I can think of a few reasons:

TAKEOVER #1:  GET THE RED OUT!  Varsity Football, Coconino at Tempe, 9/5/14.  The Panthers took on the Buffaloes and Division III's best quarterback, Emmanuel Gant.  They lost, but an encouragingly good crowd attended.  Many old Panthers from the 1980's and 90's attended.