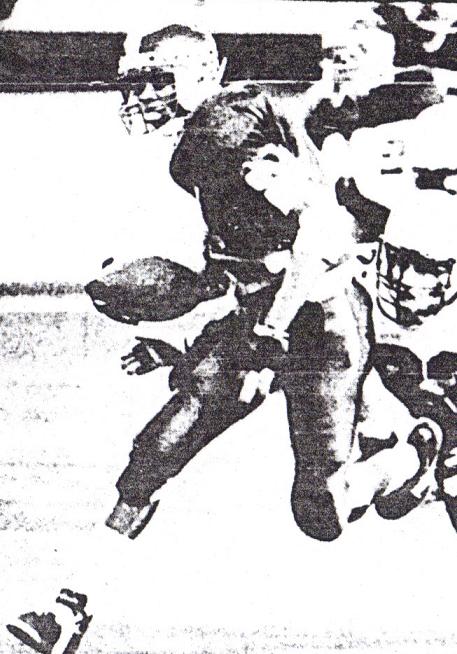 LEADING IN:  Ceaser Polk put the entire state of on notice right from the start as the Eagles opened the ’91 season with a 49-27 rout over .  The Flag High junior not only ran for 207 yards, he also blistered the Badgers on returns, including a 95-yard kickoff return for a score.  While the Eagles () were positioning themselves for a division title and a run in the playoffs, Coconino was at 2-7 when the rivalry game came around.  How would the Panthers handle Polk and the potent Eagles offense?

THE GAME:  The good news for the Panthers was, Polk only played two-and-a-half quarters.  The bad news, he ran for an incredible 260 yards and six touchdowns in that time, sitting down midway through the third quarter after his last score from 44 yards and putting Flag High up 39-zip.  While Polk’s exploits were certainly impressive, Coconino gave the Eagles every chance to succeed, fumbling the ball five times in the first half (losing one) and throwing three interceptions.

AT THE END OF THE DAY:  While Coconino’s season ended tonight with a 2-8 record, Flag High finished 7-1-2 and shared the Grand Canyon Conference title with Mingus and entered the 4A playoffs as the #7 seed.  Playing Thunderbird the following week at the Skydome, Polk was stymied, gaining only 84 yards on 25 carries, and the Eagles lost, 23-0.  As far as the rivalry goes, Polk’s performance in the 1991 game was the most dominant in its history.  No one before or since has put his stamp on the rivalry as emphatically as Polk did tonight.

Original story by Mike Fazioli of the Daily Sun;